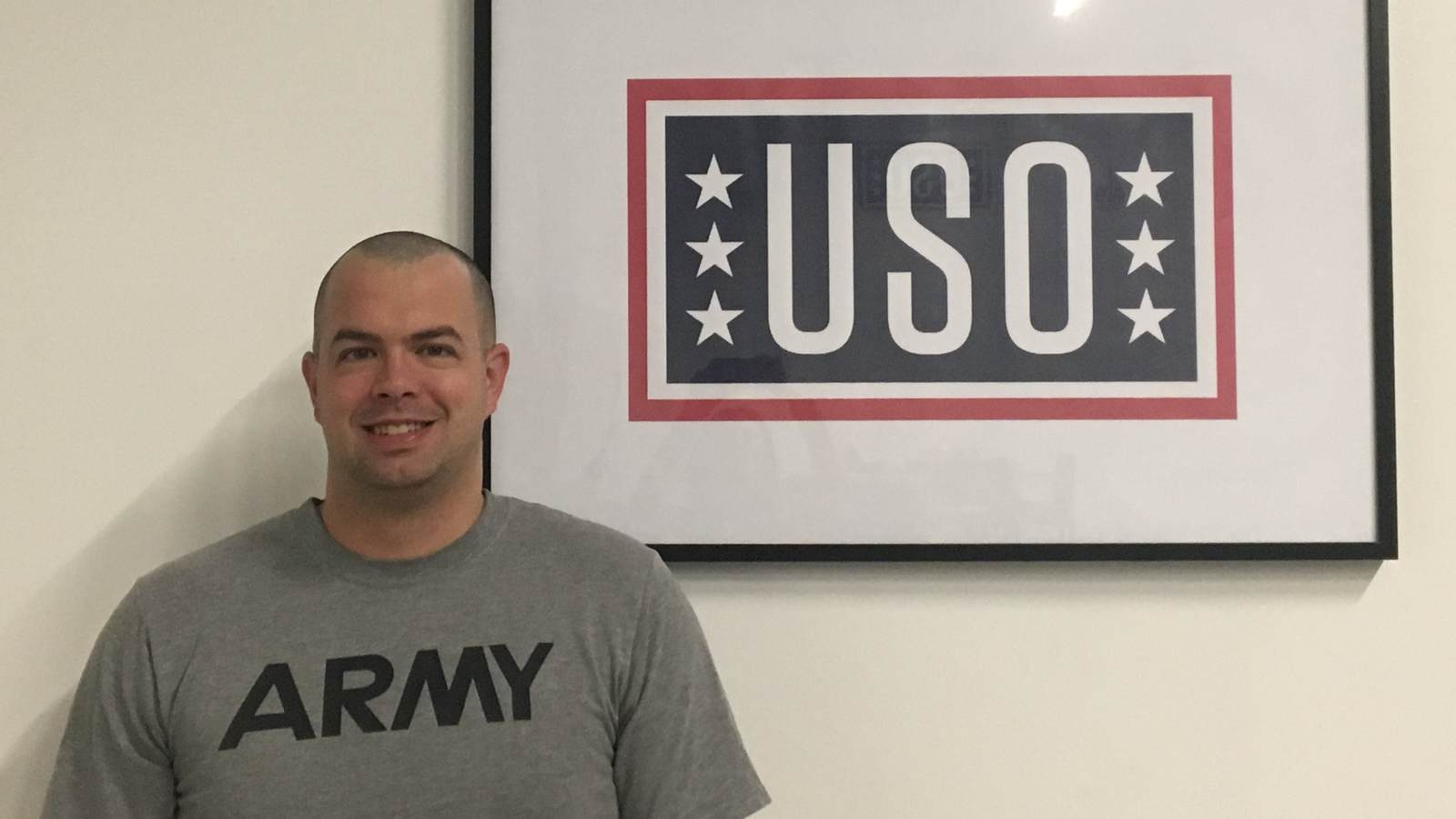 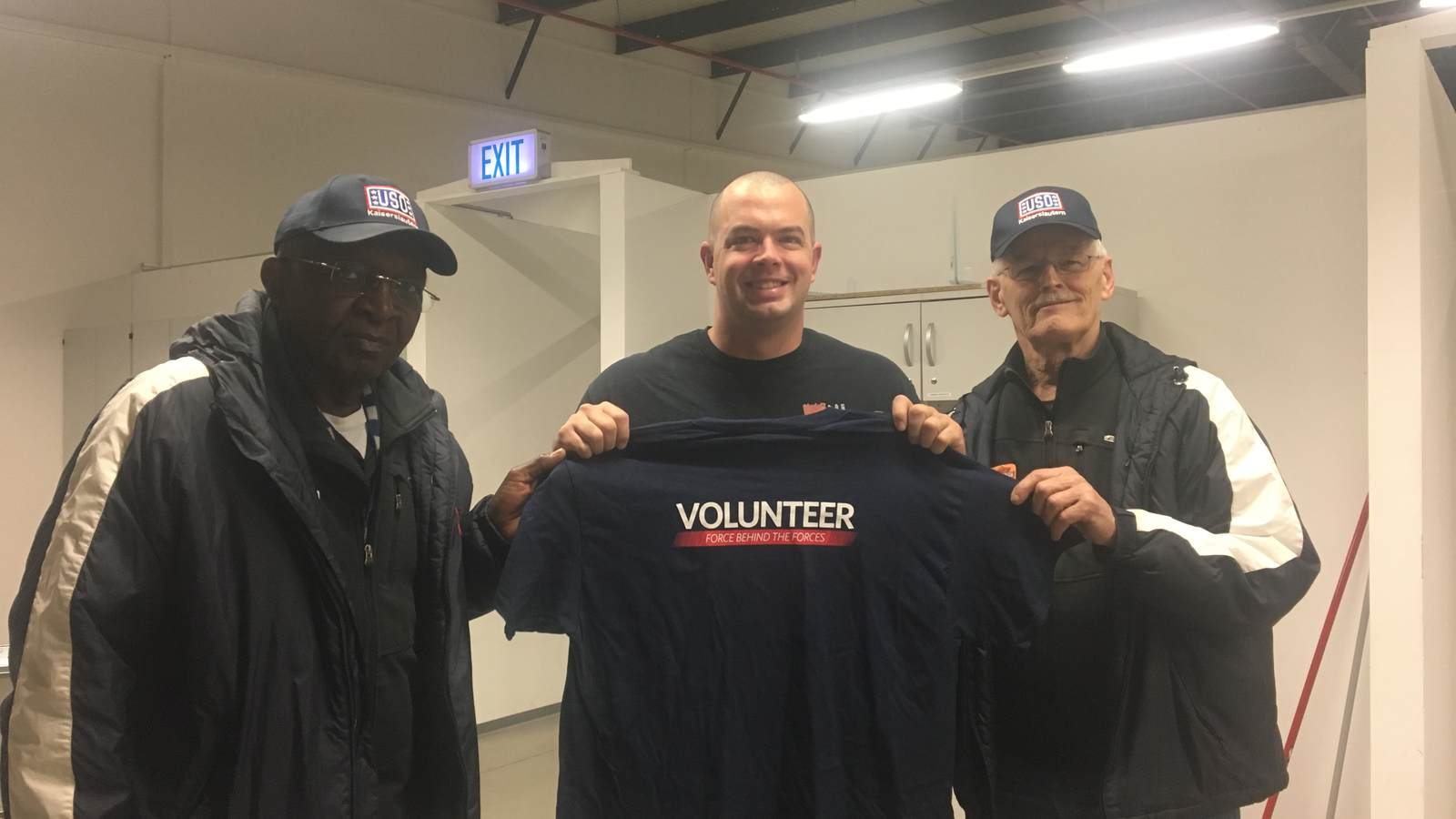 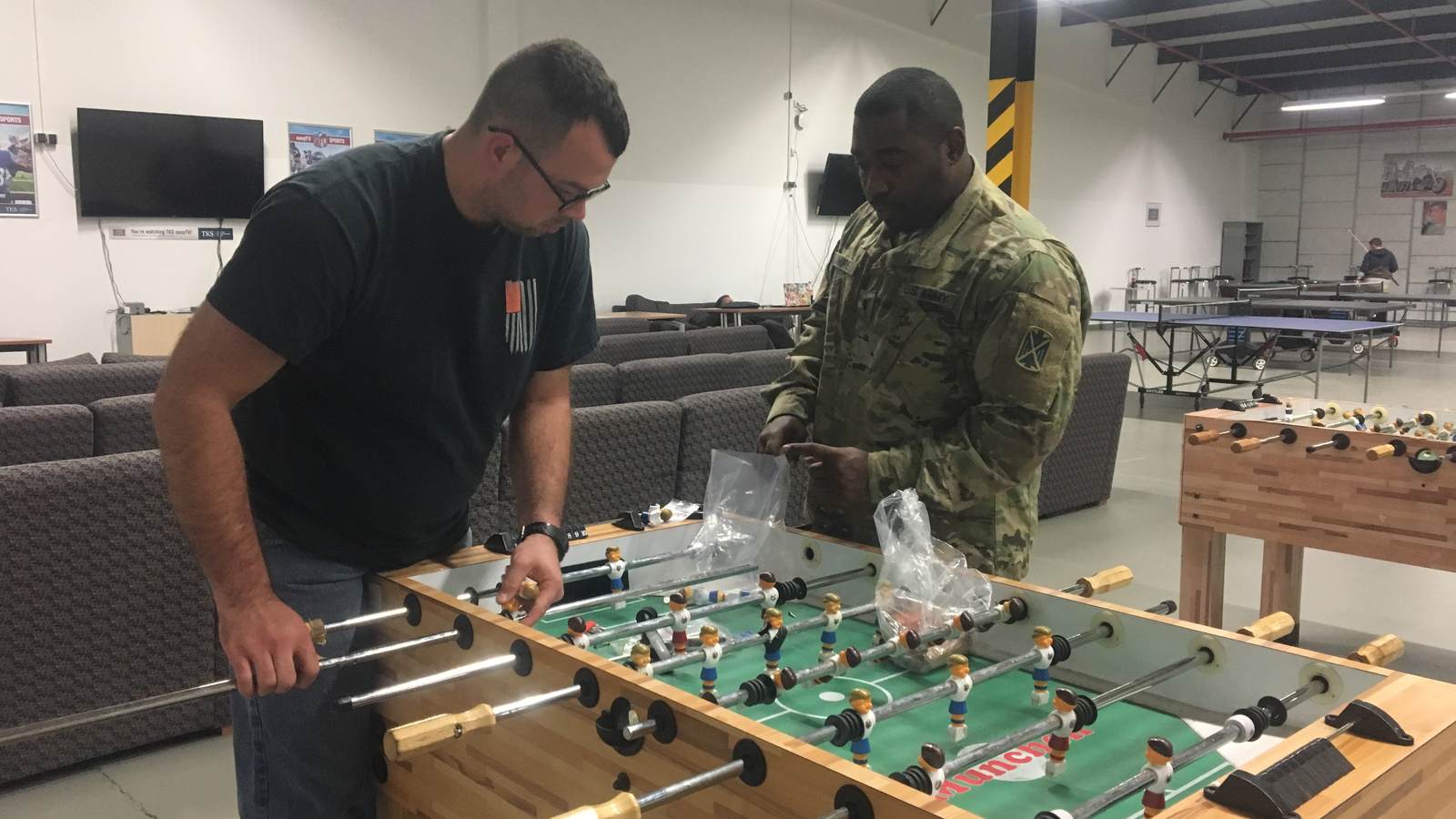 The invaluable work that the USO does for America’s service members and their families would not be possible without the hard work and dedication of our volunteers. Each week, USO Kaiserslautern honors a unique volunteer for the work that they have done and the contributions that they have made. This week, USO Kaiserslautern would like to recognize Jarret Purvis. Originally from South Carolina, Jarret has been in the Army National Guard for ten years as a 91B all wheel mechanic. He married his wife Ashley five years ago and they have two daughters together, three-year-old Reagan and two-year-old Madelyn.

Recently deployed for a little over eight months, Jarret came to the USO looking for a way to fill the void of idle time while staying at the Deployment Processing Center. USO Kaiserslautern has helped him to a way to stay busy by helping his fellow soldiers. In the three months that he has spent at the DPC, he has helped with organization, construction, and cleaning. He told the USO that he couldn’t have picked a better way to serve his fellow servicemen than through the USO.

Rather than boast about the important work that he has done with the USO, Jarret chose to thank the USO for giving him the opportunity to help out as a part of a worldwide organization. He said that nothing has made him feel more accomplished than to start and finish a project at the DPC. While he will be leaving Germany soon, we want to thank him for not only serving his country, but serving with the USO as well.