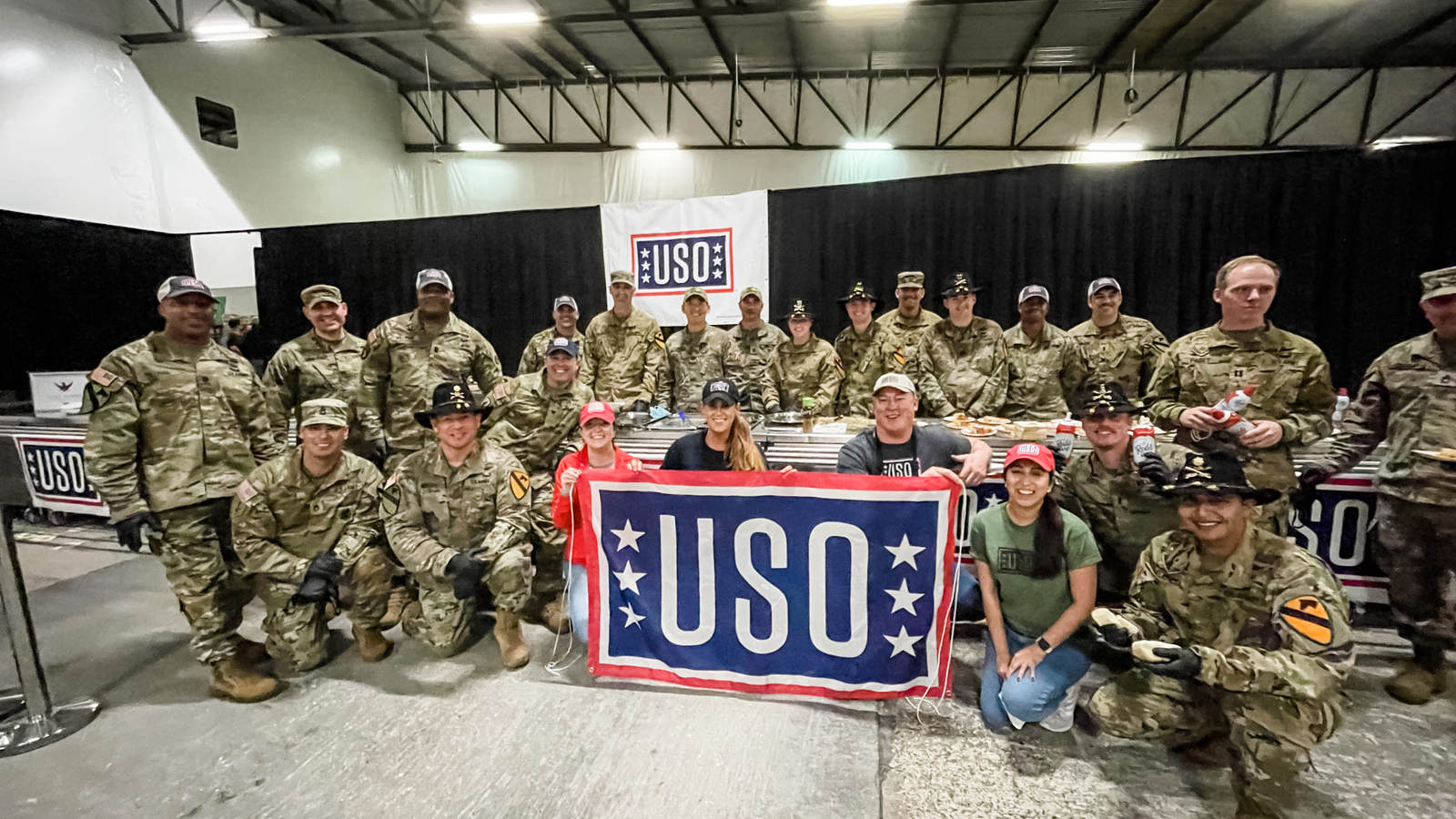 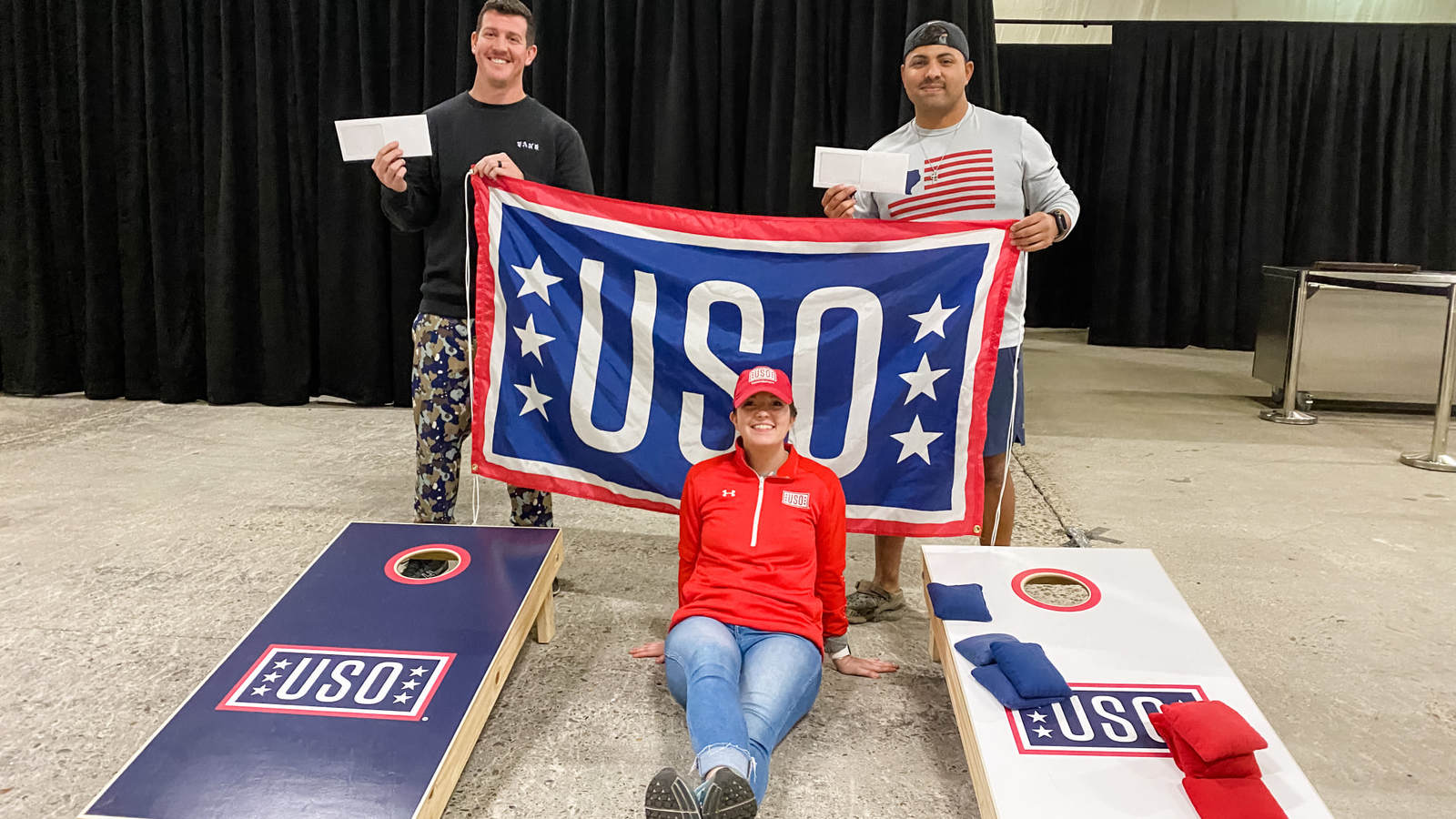 USO provided service members with both a meal, and fun and games. 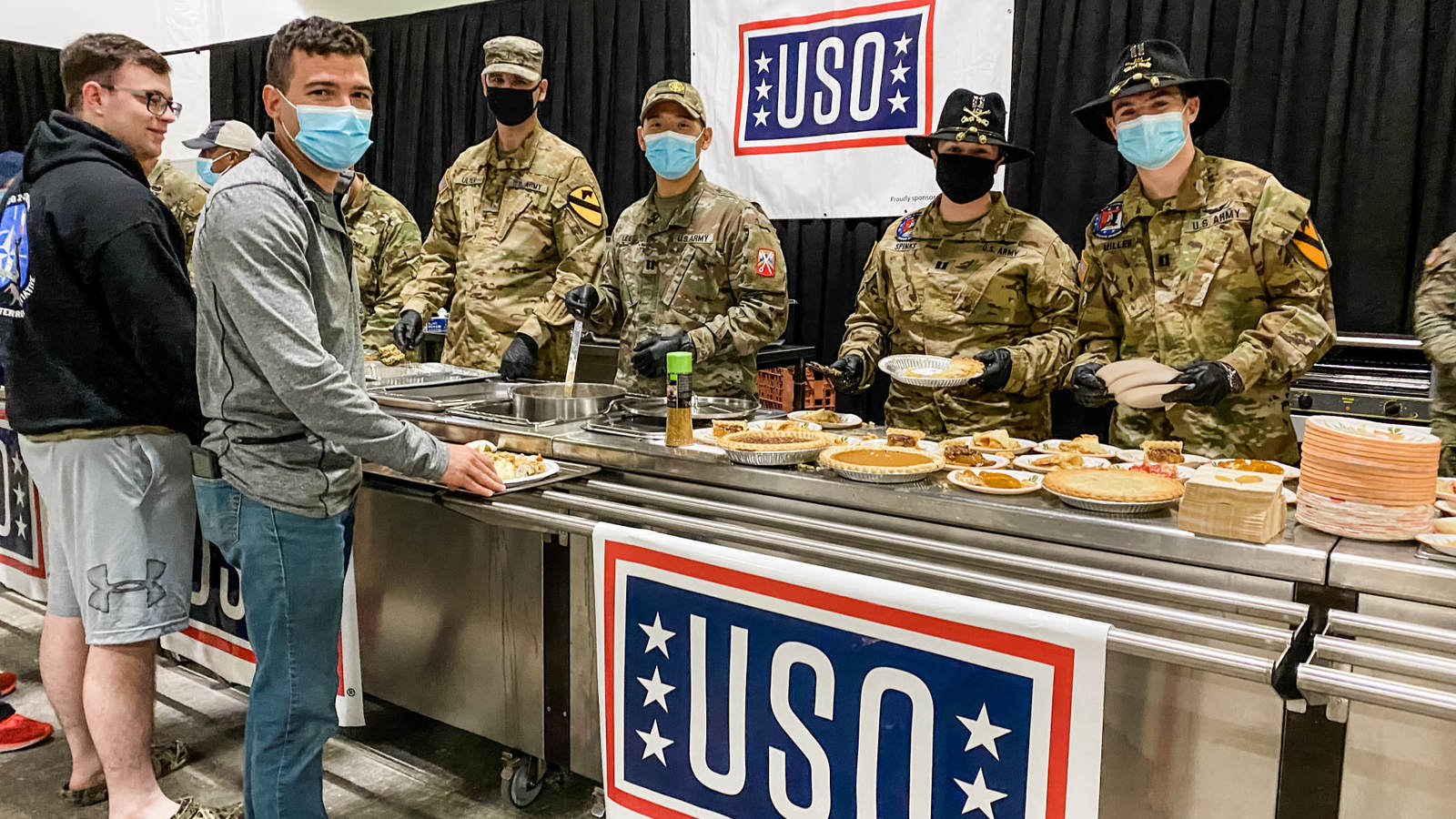 Service members deployed in the Netherlands enjoy a Thanksgiving meal.

Units from the 1st Air Cavalry Brigade, 1st Cavalry Division, as well as soldiers from the 598th Transportation Brigade and the 21st Theater Sustainment Command, made their way to the port of Vlissingen, in the Netherlands, in support of Operation Atlantic Resolve this past November. The port visit was set to be a busy one, with service members working long hours right through Thanksgiving, an American holiday not celebrated in the Netherlands. In the hopes of lifting the soldiers’ spirits and giving them a small connection to home, Maj. Jared Peacock of the 838th Transportation Battalion reached out to the USO.

The USO Kaiserslautern team based out of Germany quickly got to work, making plans to prepare and send an authentic Thanksgiving meal with all the fixings to the soldiers working at the port over the holiday.

Working closely with the USO partners and a team of 15 soldier volunteers, USO staff were able to transport and cook a full Thanksgiving spread to the Netherlands, feeding over 400 soldiers. Even the units’ senior leadership got involved and personally served their soldiers the Thanksgiving meal.

Like any true USO holiday event, after the meal, there was also some fun and games.

Once everyone had enjoyed their food, USO staff hosted a 32-team corn hole tournament and holiday movie trivia. The events yielded some friendly competition and many soldiers were really invested in winning, making jokes about pardoning turkeys as cornhole bags flew in the background.

“We love that the USO came out here and supported us,” said 1st Lt. Brian Buckley, whose team won the holiday trivia contest and competed in the corn hole tournament as well. “It’s been a great day.”

“The opportunity for the USO to come out and support has been truly beneficial for the soldiers. I just want to say thank you. We couldn’t appreciate it more.”

Through the spirit of collaboration, USO Kaiserslautern was able to bring a taste of home to these soldiers far from home on a holiday typically celebrated with loved ones.

1st Sgt. Richard Long was especially impressed at how “the USO increased morale.”

“The food [on deployment] has been rough, to say the least,” Long said. “Then [the USO] came in, and our soldiers were quick to jump in and volunteer. Our soldiers know wherever the USO is, there’s happiness and cheer.”