From Teacher to Volunteer, How One USO Kaiserslautern Supporter Serves the Military Community 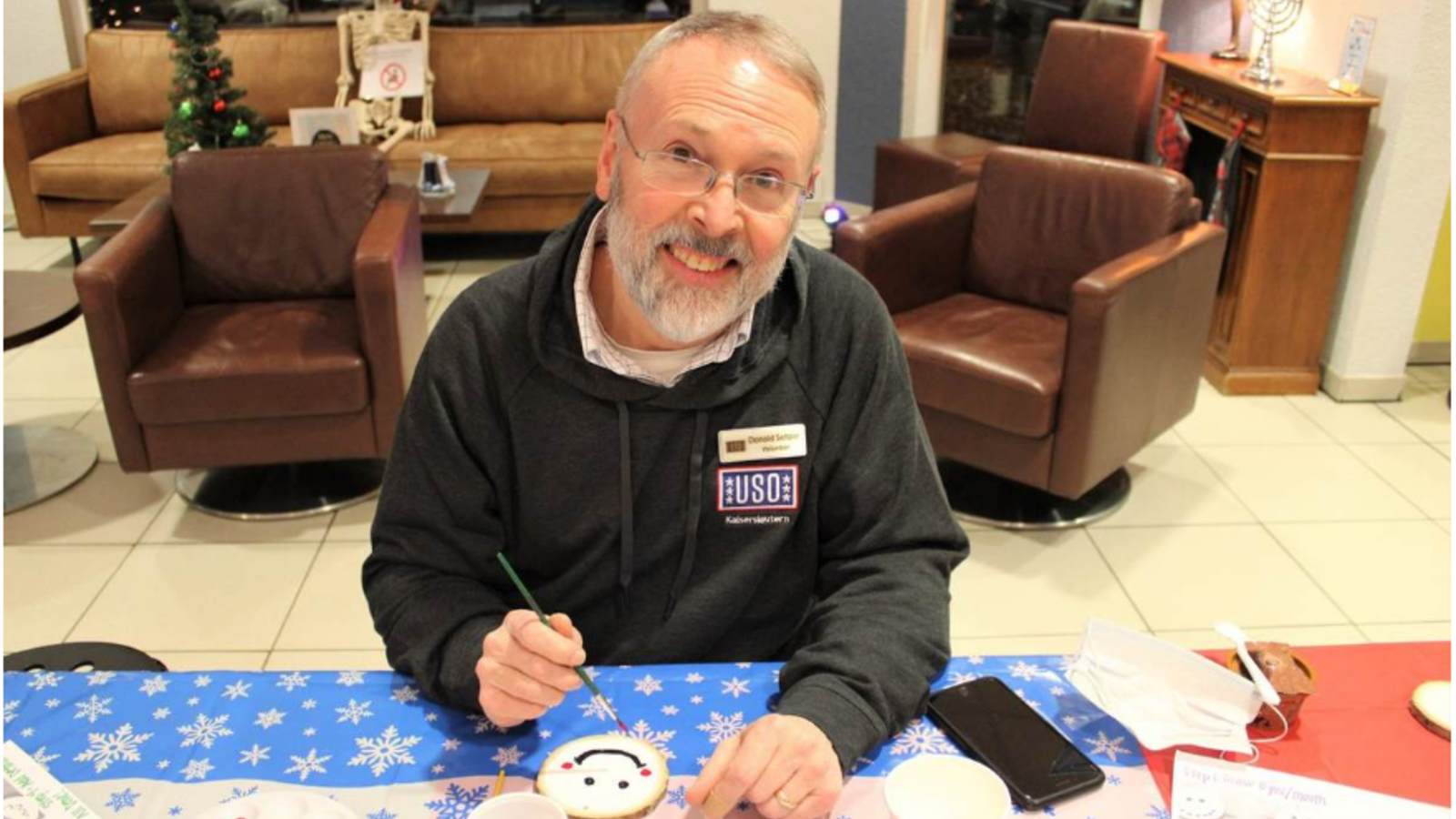 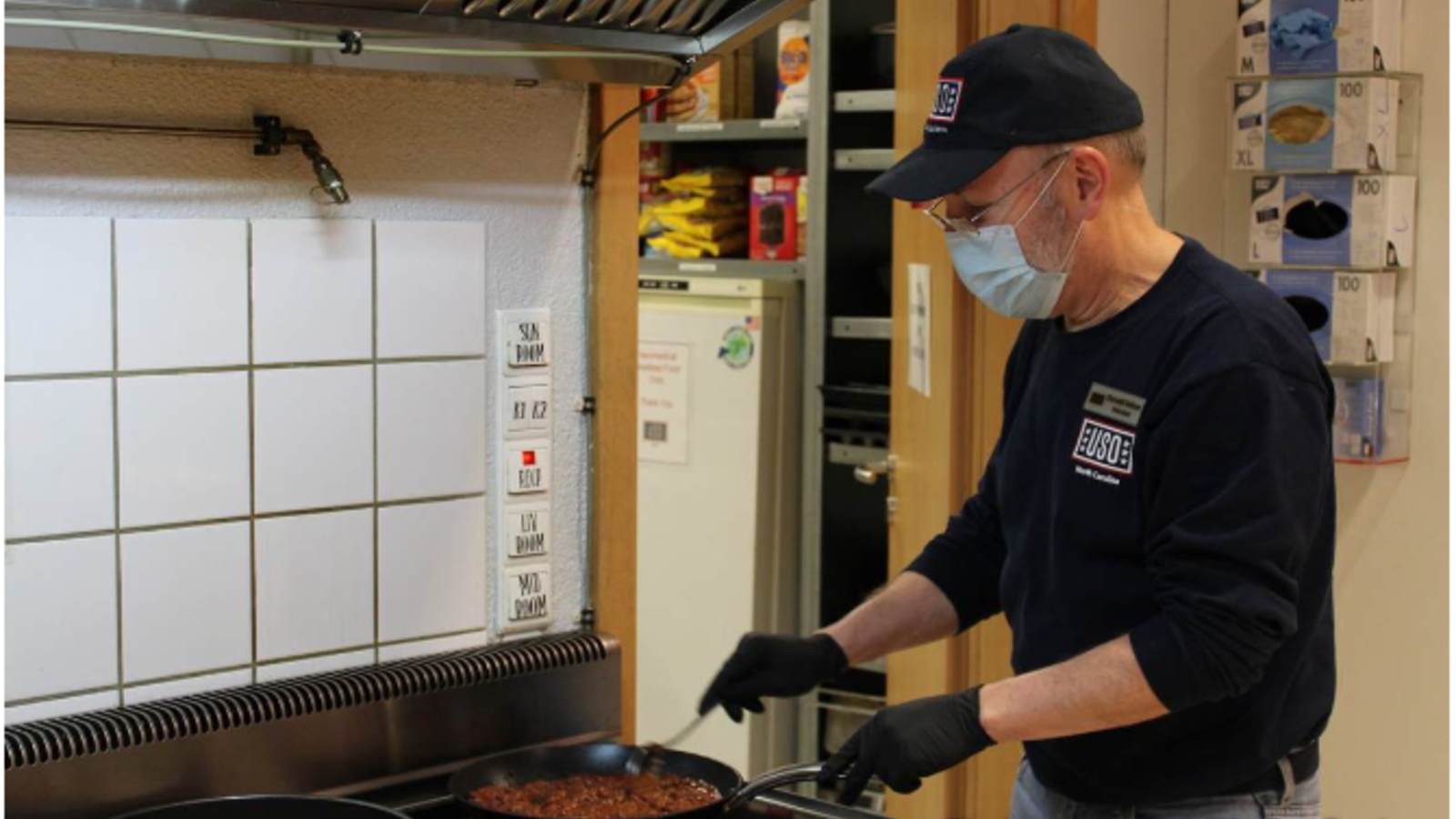 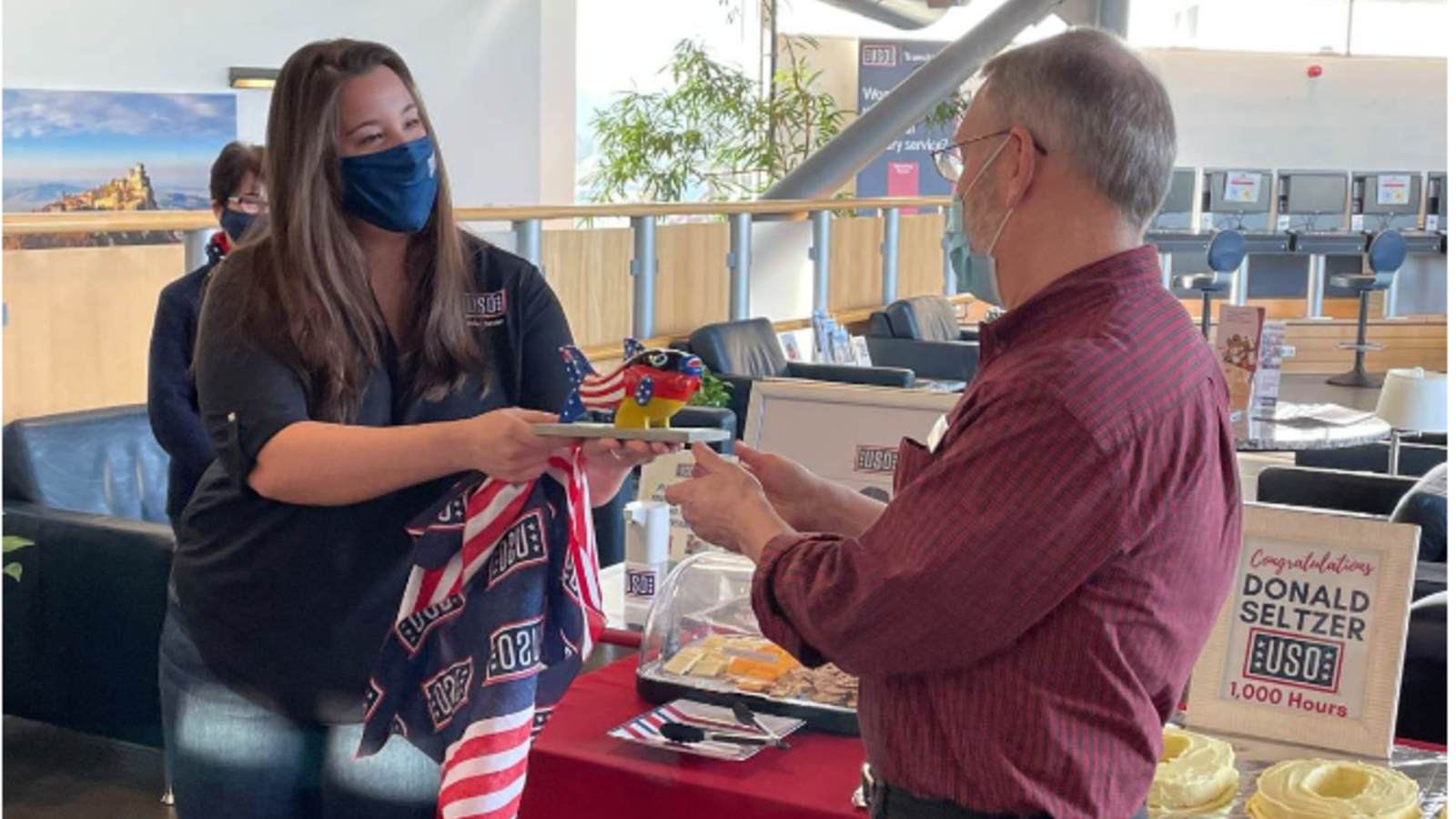 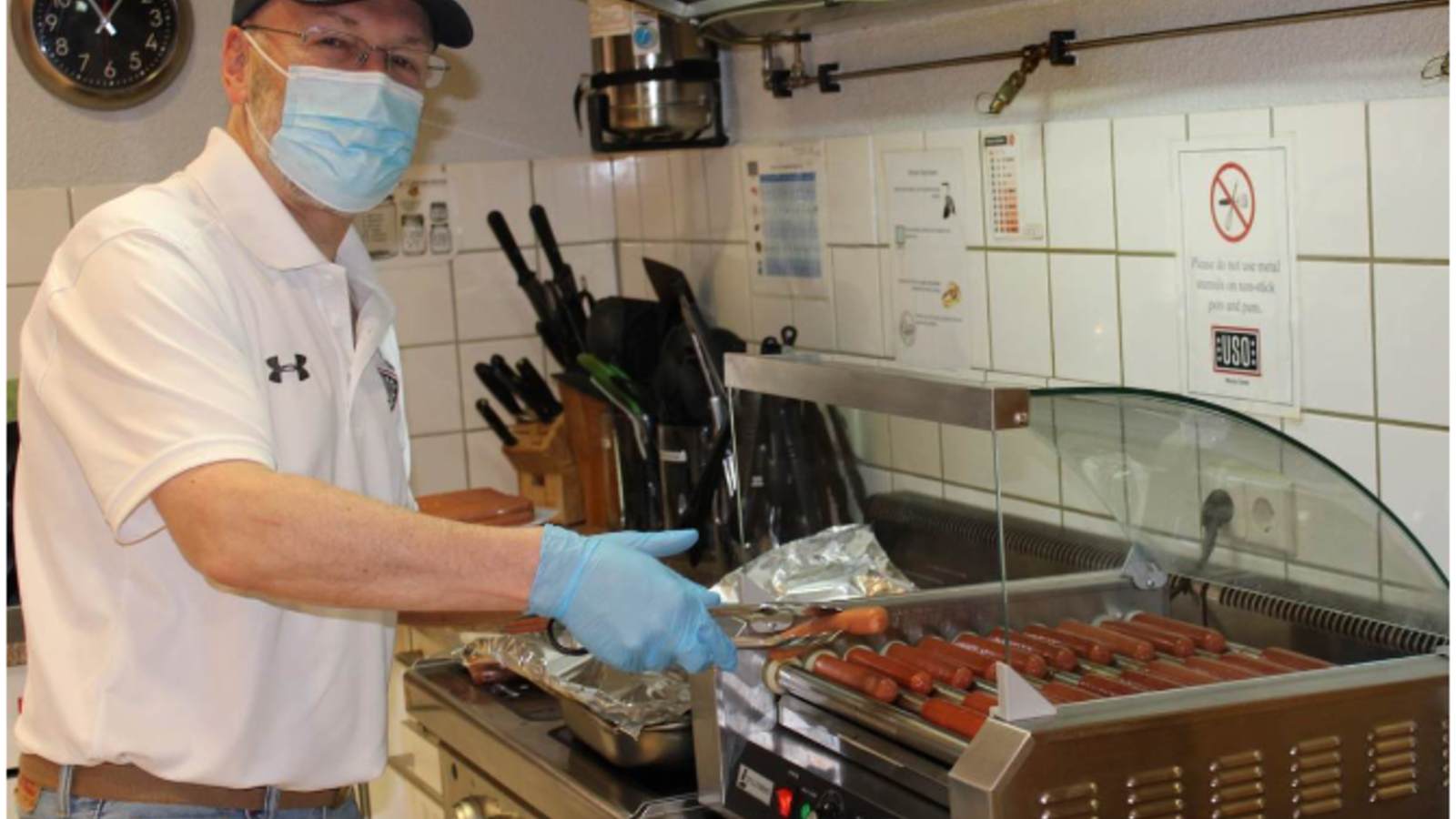 “Choosing the USO was easy – I love its staff, the fellow volunteers are great and, most importantly, I love its mission to support the service members and their families, particularly when they are away from home,” USO Kaiserslautern’s longtime volunteer Donald Seltzer said.

Even while working as a full-time teacher, throughout his life Seltzer has also volunteered his time with various causes such as the Red Cross, Darmstadt Jr. High School and Darmstadt Military Community’s Energy Awareness and Recycling programs – just to name a few.

He also served as a volunteer writer for a volksmarching (a form of non-competitive fitness walking that is popular in Europe) military column for various locations in Germany and today, he continues to write for a Kaiserslautern Military Community publication. Seltzer is currently a Ramstein Middle School DoDEA teacher in Ramstein, Germany, and for the past 5 years, the USO Kaiserslautern centers have had the privilege of having him as a volunteer.

It all started in October 2016. USO Kaiserslautern was hosting its annual Glowstick Run and they created a social media post asking for volunteers to help. Seltzer, being the charitable person that he is, saw the opportunity to lend a hand and quickly responded to the post offering his help. He then showed up that night with his very own stop signs, ready to be a road guard.

“Working as a road guard was lots of fun, so I made sure to do it again the following year. Being able to help others through the USO gives me great joy and satisfaction,” Seltzer said.

Since that first night, Seltzer has volunteered for 280 shifts with the USO and was just recognized for reaching his 1,000-hour mark. However, in the week following this recognition, he volunteered another 30 hours, quickly surpassing his 1,000-hour milestone. This time has been spread across USO Kaiserslautern’s numerous centers, including the USO Warrior Center, USO Ramstein, the Deployment Processing Center (DPC) and USO Baumholder.

“It is said that a volunteer’s time is valued at $27 per hour. Just by the number of hours, Donald has provided us with over $27,000 worth of volunteer time,” USO Kaiserslautern’s Area Programs and Volunteer Coordinator, Gretchen Galietti said.

“Although this is an impressive figure, it is Donald’s heart that we appreciate the most, also his strength of character and ‘Mission First’ attitude are just a couple of the characteristics that Donald embodies.”

People contribute to society in various ways. However, those who choose to channel their gifts for the greater good ornate the world with prominence. Fortunately, for USO Kaiserslautern, Donald Seltzer, personifies this prominence.

Even with our current restrictions, Seltzer continues to volunteer with the USO. You can often find him at the USO Warrior Center serving food to the ill, wounded and injured service members, or at the DPC serving troops who are in mandatory quarantine before they are forward deployed. You can also see his video production work on the USO Ramstein Facebook page, where he uses his skills to produce USO Ramstein’s virtual programs.

Hopefully, when restrictions are lifted, he’ll return to his rightful place on American Forces Network (AFN) Radio airwaves, where he will continue to serve the USO discussing everything USO Kaiserslautern has to offer.

“Donald has impacted our operations immensely by providing the upmost customer service to our patrons - to maintaining our positive image to the community,” Galietti said. “He is the true embodiment of a USO ambassador.”