Amidst Devastating Floods in Germany, Displaced U.S. Military Families Can Lean on USO 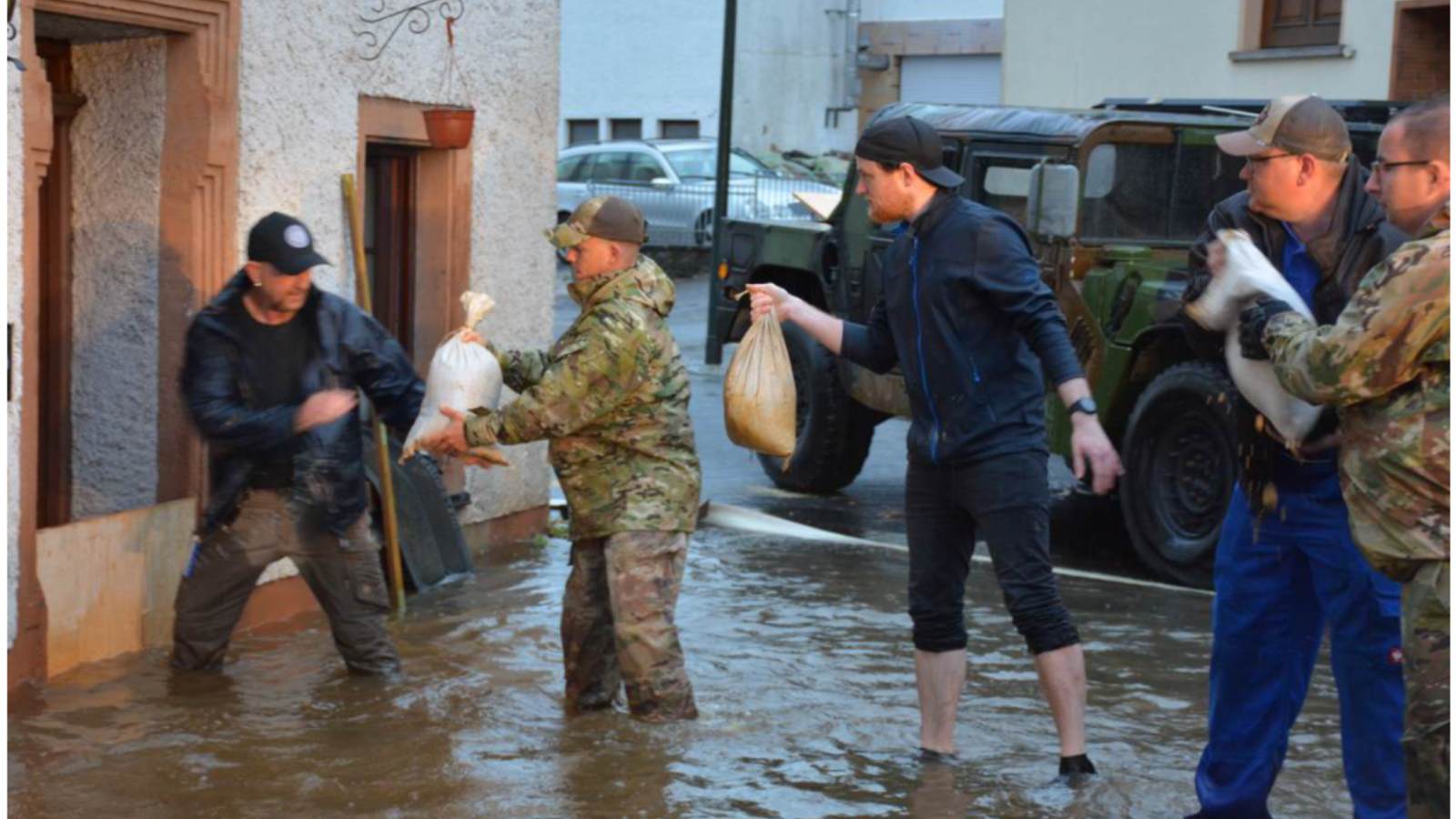 Earlier this week in Western Europe, intense storms – which dumped about two months’ average rainfall in a few short days – lead to devastating flooding, notably in Germany, Belgium, the Netherlands and Switzerland. As of noon on Jul. 16, over 120 people have died from the floods in Europe and as many as 1500 people are missing.

In Germany, where most of the deaths took place, the impact of the floods is most acute. Local authorities, rescue teams and even U.S. service members living in the area have stepped up to help assist their local and neighboring communities.

In the Rheinland-Pfalz region of the country, the U.S. 52nd Civil Engineer squadron at Spangdahlem Air Base, along with other volunteers from the base, filled and distributed hundreds of sandbags on Wednesday and Thursday to help protect homes and businesses in the area.

While their efforts were successful in some areas, several businesses and homes on and around Spangdahlem Air Base were damaged in the flood, displacing some U.S. military families from their homes.

To help displaced U.S. military families during this uncertain time, USO Europe is working in tandem with other organizations to best support these members of the military community, as well as first responders. Currently the USO is providing care packages (which are filled with either toiletries or snacks), free Wi-Fi courtesy of local partner TKS, water and meals.

As the situation continues to unfold in Germany and across Europe, the USO will stand by the side of military families and service members in need.